A music enthusiast and cancer survivor from Hartlepool who set up his own charity and has raised over £152,000 for cancer equipment has been named a Point of Light by Prime Minister David Cameron.

Tony Larkin, 49, was diagnosed with bowel cancer in September 2009. Determined to raise awareness of the condition, which sees 110 people diagnosed in the UK everyday, Tony set up MUSICvCANCER in 2012, with fundraising starting back in October 2010. Tony’s passion for music inspired him to raise awareness and vital funds for the NHS by hosting live music sessions. So far, MUSICvCANCER has funded two video cystoscopies and an ultrasound scanner for the University Hospital of North Tees to detect early stages of bowel cancer.

Tony is the latest recipient of a Point of Light award, which recognises outstanding individual volunteers, people who are making a change in their community and inspiring others. Each day, someone, somewhere in the country is selected to receive the award to celebrate their remarkable achievements.

MUSICvCANCER, run entirely by volunteers, seeks to raise awareness of cancer symptoms as well as funding cutting edge equipment at North Tees. Tony has a team of committed volunteers and over 3,000 people have attended one of their live music sessions. This year saw the first  MvC Weekender headlined by Turin Brakes raising £8,735.

Tony also raises thousands of pounds selling unique music memorabilia and has received support for MUSICvCANCER from a host of household names including Ed Sheeran and Paolo Nutini.  Kasabian donated a signed guitar which helped raise over £700 for the charity and Jools Holland has got behind the cause becoming a patron last year.

“It is inspiring that beating his own cancer was not the end of Tony’s battle against the disease. Determined to ensure that patients at North Tees have access to the latest medical technology, Tony founded MUSICvCANCER and has raised an incredible amount of money for the hospital. I am delighted to name him a Point of Light.”

“It is an immense honour to receive a ‘Point Of Light’ award from the Prime Minister today. I don’t believe that anyone goes into volunteering for the recognition but when it comes along it’s greatly appreciated.

“I’m proud of what MUSICvCANCER has achieved in a relatively short period considering where this all started – a one off concert in October 2010 to thank the amazing NHS staff and hospitals who helped me on my personal journey to beating bowel cancer. Here we are eighteen gigs later and with over £152,000 raised solely by a small group of dedicated volunteers – this award top’s off a hard but wonderful few years.”

“Tony has reacted to personal adversity and grim news of his own health with outstanding commitment to his community. It would be entirely understandable, given Tony’s diagnosis of bowel cancer five years ago, for him to retreat and concentrate on himself. However, he was determined to raise awareness through the power and his love of music. Tony has probably saved the lives of people he will never meet by raising awareness of bowel cancer and ensuring early detection and treatment.

“Tony’s work is an inspiration to us all and a humbling reminder of the selfless actions that many people in our country make for others, despite their own personal hardships.  I’m delighted that the Prime Minister has recognised Tony’s worthwhile work by awarding him the Points of Light award.” 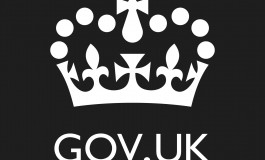