The music legend was delighted to lend his support to the charity which continues to raise money for cancer detection equipment in the North East.

In just under three years, the not-for-profit charity have raised more than £100,000 for vital cancer initiatives by staging music gigs and hosting signed memorabilia auctions. It is this concept that appealed to Jools Holland.

He said: “I am delighted about becoming a patron for Music v Cancer – it’s a great cause and I love the concept of using the power of music to help in the fight against cancer.”

Having the Boogie Woogie star – who has sold millions of records worldwide and collaborated with countless musicians – as a MvC patron will help raise our profile  massively.

MvC founder Tony Larkin, who set up the charity after he was diagnosed with bowel cancer in September 2009, and has since successfully beaten the disease is “honoured” to have Jools Holland’s support.

He said: “Music v Cancer is a very young charity so to have someone of Jools Holland’s stature agree to be a patron is an immense honour.

“We have ambitious fundraising growth plans to help raise vital awareness of cancer symptoms. Having Jools Holland on board will assist us greatly and we look forward to an exciting future with him as an important part of the charity.”

North East Press feature writer Marie Westmoreland, who joined the Music v Cancer core volunteer team earlier this year, was the one who managed to negotiate the patron role whilst interviewing the star.

She said: “I interviewed Jools Holland ahead of his recent performance at Hardwick Live, and we got talking about charity work. I mentioned the work Music v Cancer is doing and he was genuinely interested in the charity. To say I am delighted about him becoming a patron is an understatement.”

Although the charity has a strong focus on bowel cancer – the UK’s second biggest cancer killer – it is planning to expand its awareness campaign towards other forms of cancer in the near future.  Tony added: “The challenge for us now is to continue to fundraise and our Weekender events have a massive role to play in that.”

Music v Cancer will host its second Big Weekender of the year, following the massive success of its event in April. The event, on the 4th and 5th of October at The Best Western Grand Hotel, Hartlepool will see popular artists such as The Blow Monkeys, Nizlopi, and Black take centre stage for what is set to be a fantastic weekend of music and entertainment.

Music v Cancer held its first gig in October 2010 and has held 11 events to date. A massive £100,008 has been raised during the last three years, which has enabled the North Tees and Hartlepool NHS Trust to purchase an endorectal machine, which detects bowel cancer at the early stages. Hartlepool has the highest rate of bowel cancer deaths anywhere in the UK. 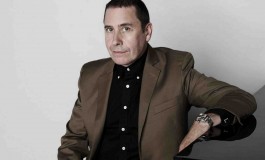