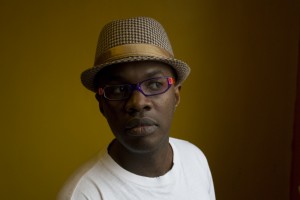 ” I support Music V Cancer, because it is a charity specifically founded to raise awareness of a rarely mentioned strain which is highly fatal. Tony Larkin is one of the illness’ most tenacious and inspiring survivors. He’s pretty much dedicated his survival to raising awareness, believing more life saving diagnoses would occur if sufferers were less embarrassed about their health concerns. Embarrassment potentially conceals lethal symptoms, so Tony and the Music V Cancer team make a beautiful noise to discourage what can be a fatal silence.”  David McAlmont